It all began in 2000 with some members of VMR with sailing boats having Sunday afternoon fun sailing round the fixed marks in the Pumicestone Passage. 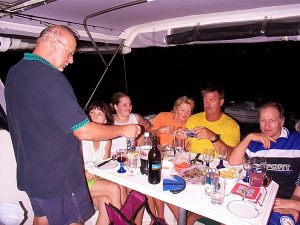 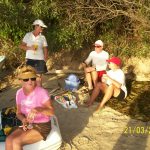 Caloundra at the northern tip of Bribie Island to watch the Brisbane Gladstone fleet sail by and enjoy a relaxing time together.

A general interest in forming a sailing club  developed on Bribie and a public “expression of public interest” meeting  was convened in January 2002 and held at the Volunteer Marine Rescue Base at Sylvan Beach on Bribie.

VMR Commodore Ross Evans, VC Horrie Hunt and  treasurer Mike Strange represented VMR. After another  meeting,  a decision was made to start BRIBIE ISLAND SAILING CLUB so a steering committee was formed  and those who had shown interest  were recorded and became prospective club members. Horrie asked Doug Wilson to organise first club race in April 2002. Running the first race meant helping to find sponsors for a race series and marker buoys, find a set of code flag signals, have a staff made to fly them from, as well as draw up sailing instructions.

Horrie Hunt briefed the sailing group and Doug Wilson gave a PowerPoint Presentation  how we were going to do things, signals, rules etc. Kay Hunt shopped for material and sewed a full set of signal flags including BISC club flags for us.

Originally the plan was a Sailing Club within VMR Bribie (VMR had begun as a boating & fishing club some 30 years earlier) but this was not to be as VMR’s insurance policy did not cover recreational boating activities.

After 2 races all sailing was curtailed due to the public liability issue and we set about trying to work out how to salvage the club. (There had already been 3 previous sailing clubs on Bribie which failed.)

The Bribie Island Sailing Club affiliated with Yachting Queensland was formed as a division of an incorporated club insured to run its own events. VMR Bribie generously paid our first year’s insurance premium and we were up and away again ‑ racing again in July 2002 as the Sailing Division of the Bribie Island Boating Club Incorporated. 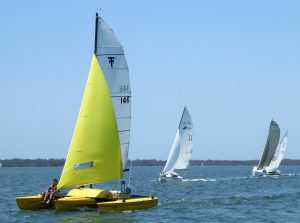 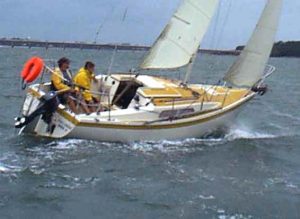 The club grew quickly with much enthusiasm and activity. Each sailing day a good mix of Trailer-sailers, some Multihulls and off the beach boats of all sizes and descriptions turned up for the race.

We regularly attracted around 20 boats for our race days on the Pumicestone Passage and afterwards met enthusiastically for a BYO BBQ at VMR.
in 2003 two Corsair sailing dinghies were purchased and sponsorship money was obtained for sail-training to offset the purchase costs. In May 2003 we embarked on a series of “introduction to sailing” weekends which brought new blood into the club.

At the end of as second sailing season we applied for two of  Government community grants ‑ for a club safety boat, two handheld VHF radios and a laptop computer. Both grants were generously awarded and ‘Bribie Red” a 4.2m rigid inflatable was launched in July 2004. 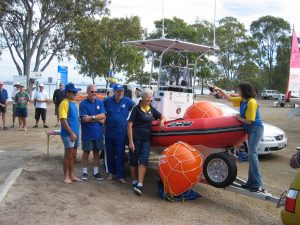 At Easter 2005 the club ran the  State Championships for the Corsair Class Association of Queensland in Deception Bay . 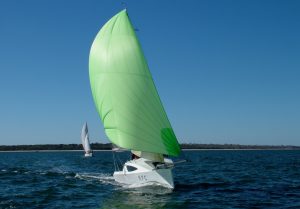 In 2006 we won another generous grant to boost our sail training with two new RS Feva sailing dinghies with the club buying a third boat. 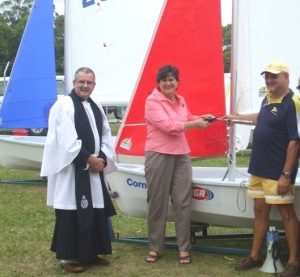 The RS Feva dinghies proved unsuitable for adults and all three were sold along with the two Corsairs which were replaced by two PACER dinghies.

In 2005 Darryl Philips was elected Commodore.

At the Annual General meeting in August 2017 BISC members voted to incorporate as an individual club as a division of Bribie Island Boating Club Incorporated.

Each year’s sailing season usually begins with with racing from January to the end of November. Our club is well represented in other club’s sailing events in particular the Hervey Bay Sailing club’s Bay to Bay, 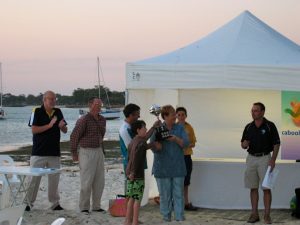 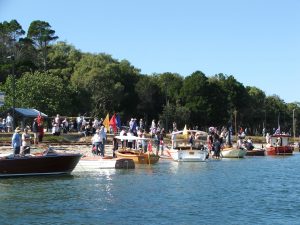 and our own annual Bribie Island Classic Regatta.

We celebrated our first decade with a nostalgic dinner in July 2012.

Another landmark event occurred September 2014 with the opening our new Clubhouse created within  the VMR Base at Bribie Island.

We relocated to the VMRBI yard in May 2017, but along with Bribie Mahalo Outrigger Canoe Club and we hope to occupy our own home, a lease of land adjacent to  our present site, in mid 2018.

In 2017, the Club  sold its Pacer dinghies and the Ross 650 TS, replacing them with pair of Status 580 daysailers. These boats are proving to be particularly fun to sail and we are looking forward to using them a vibrant revamped  Learn to Sail program. 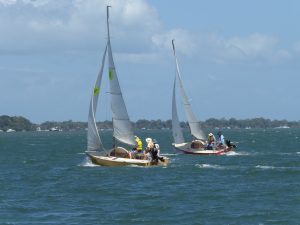 In November 2017 we celebrated our 15th Anniversary at a dinner, along with members of the Mahalo Outrigger Canoe Club’s celebrating their foundation year. 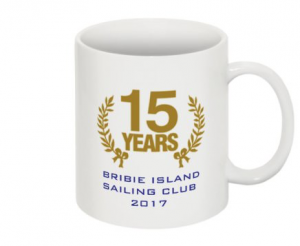 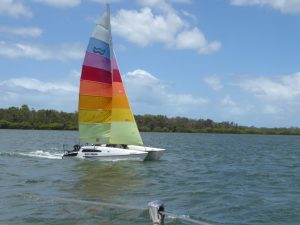 The first club day in 2018 began with a fleet of 7 boats with a fast race to Mission Point, lunch and an exciting race home/ 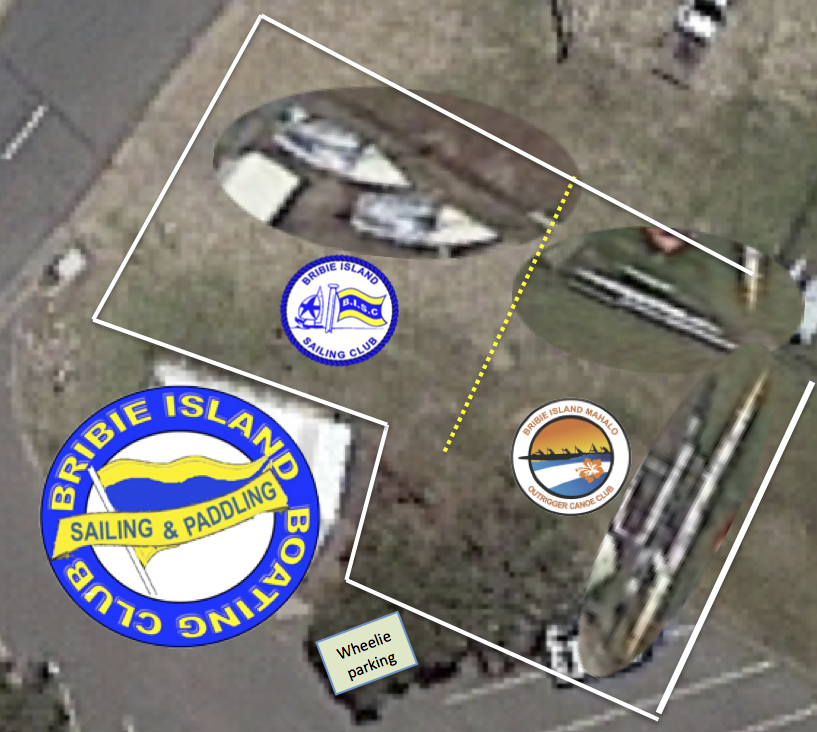 Our first Learn to Sail group for 2018  was successfully held.

BISC (and BIMOCC) finally, after 16 years and a year of negotiation, moved onto land next to VMRBI when Moreton Bay Regional Council signed a lease with Bribie Island Boating Club Incorporated. 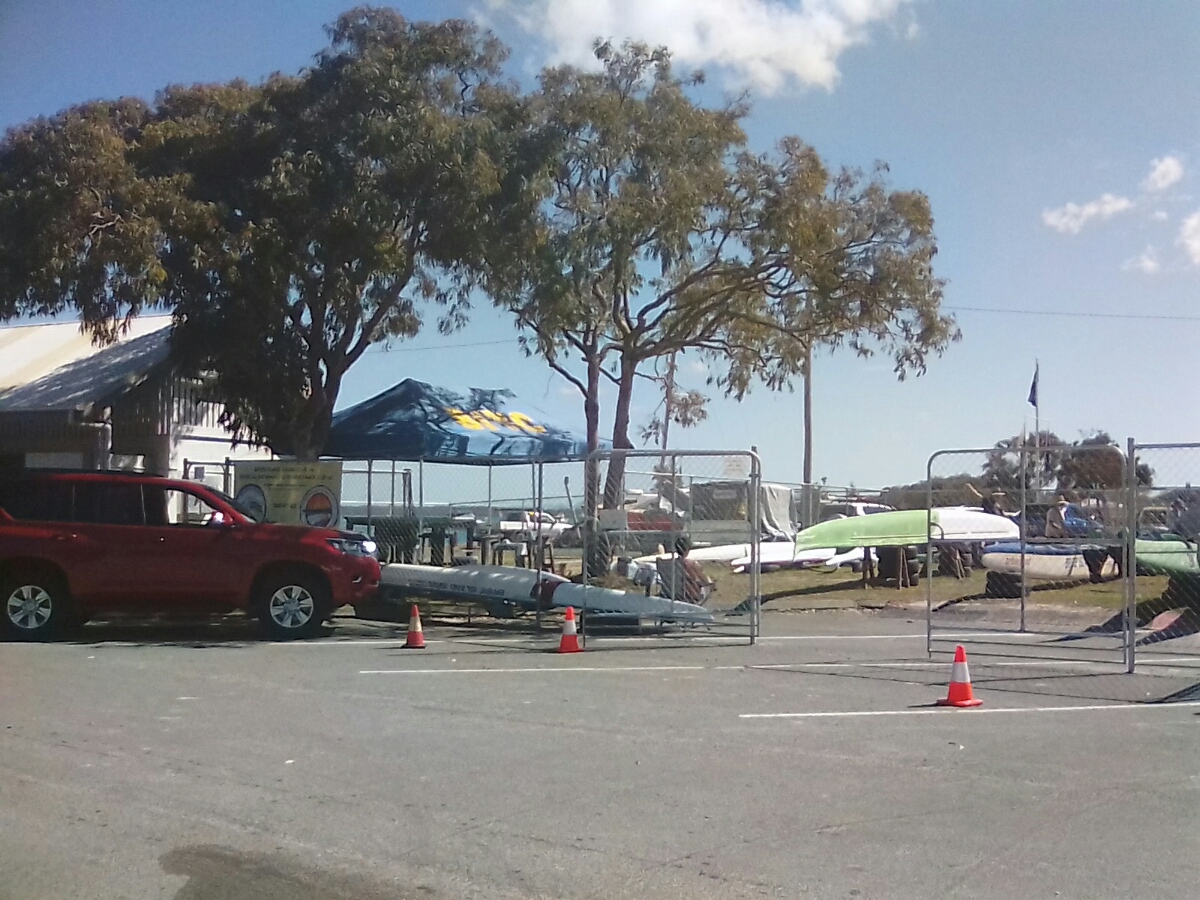 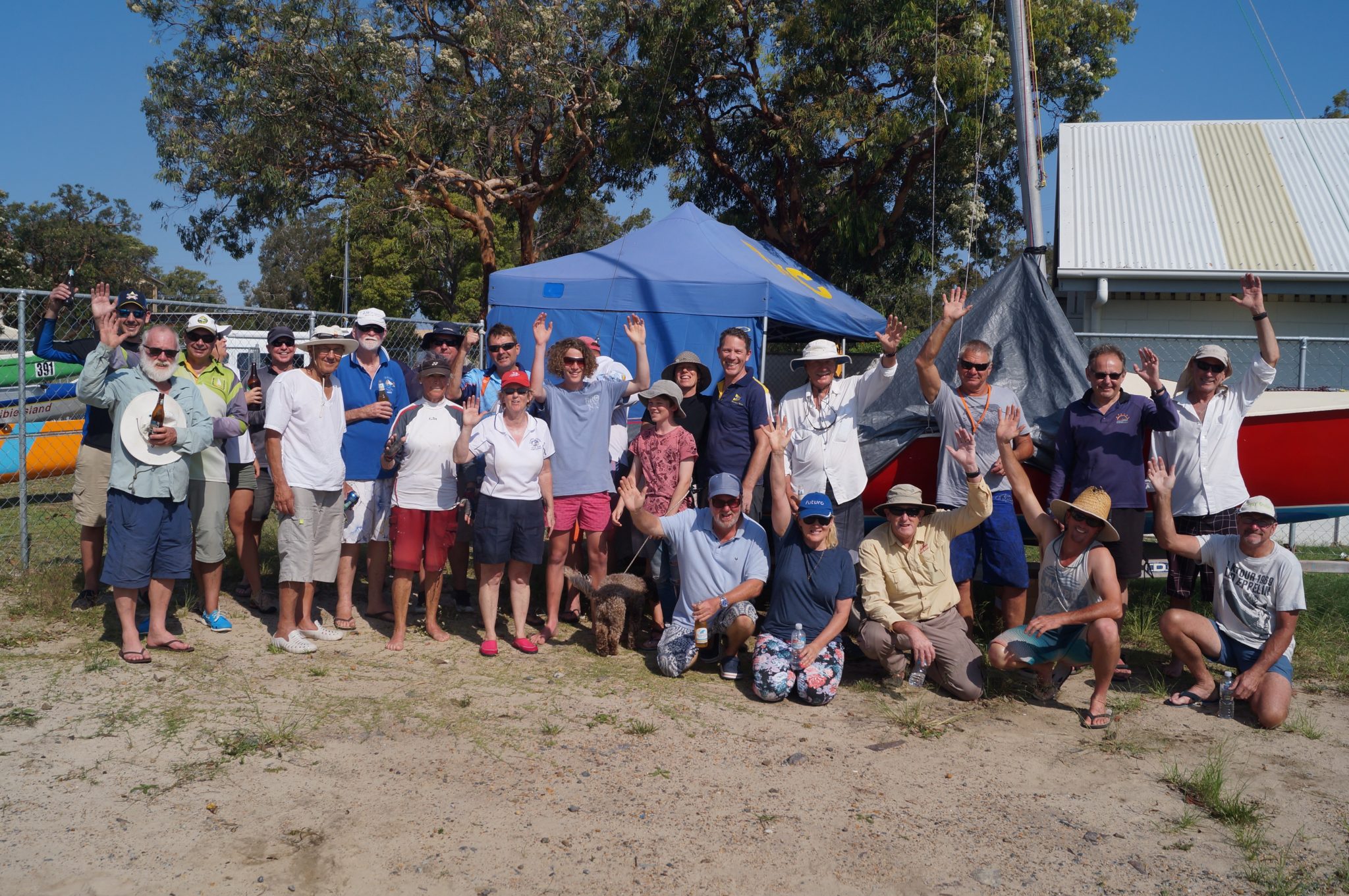 2019    Both Status 580 club boats where sold as most members wanted to sail their own boats. 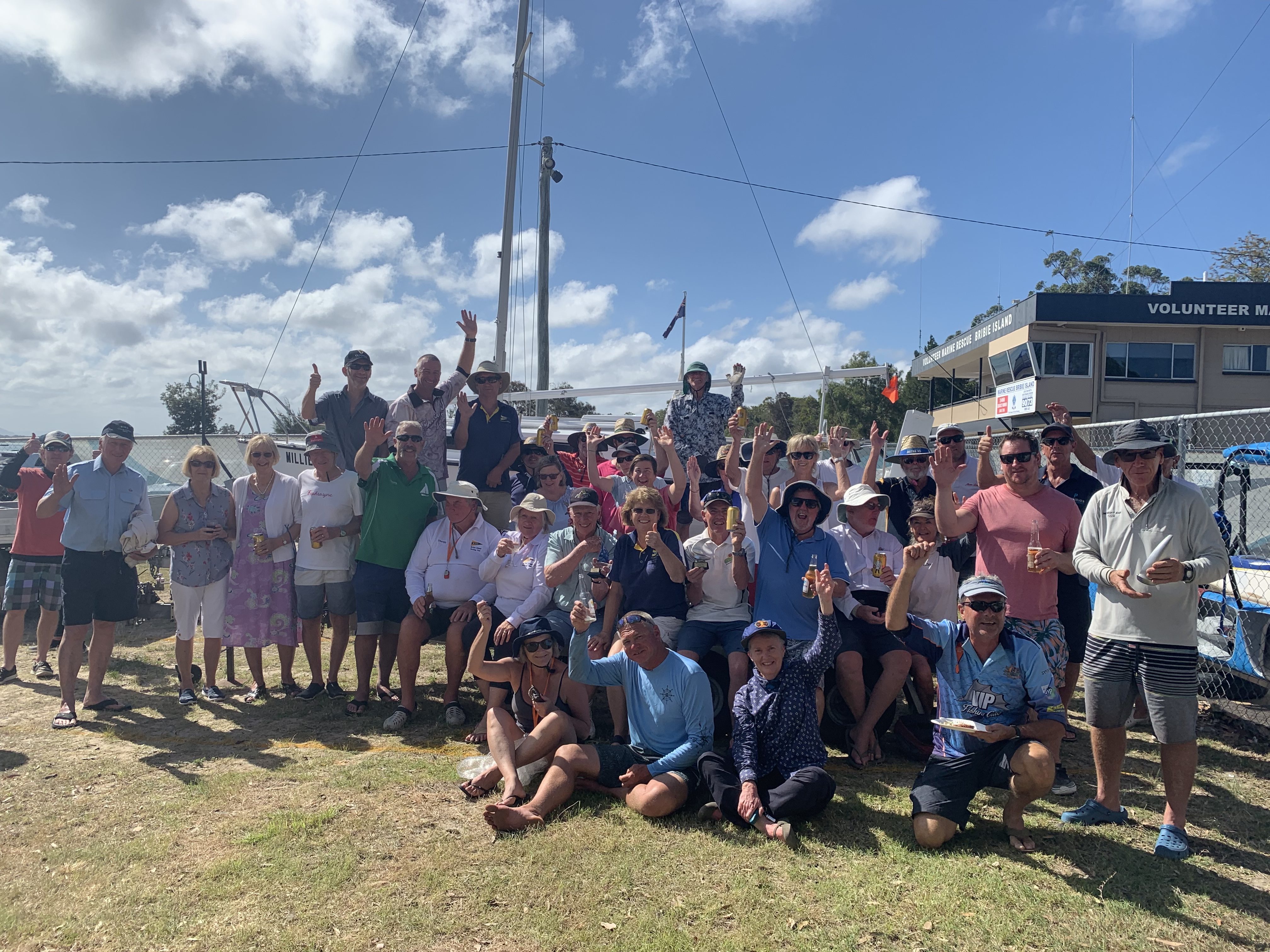 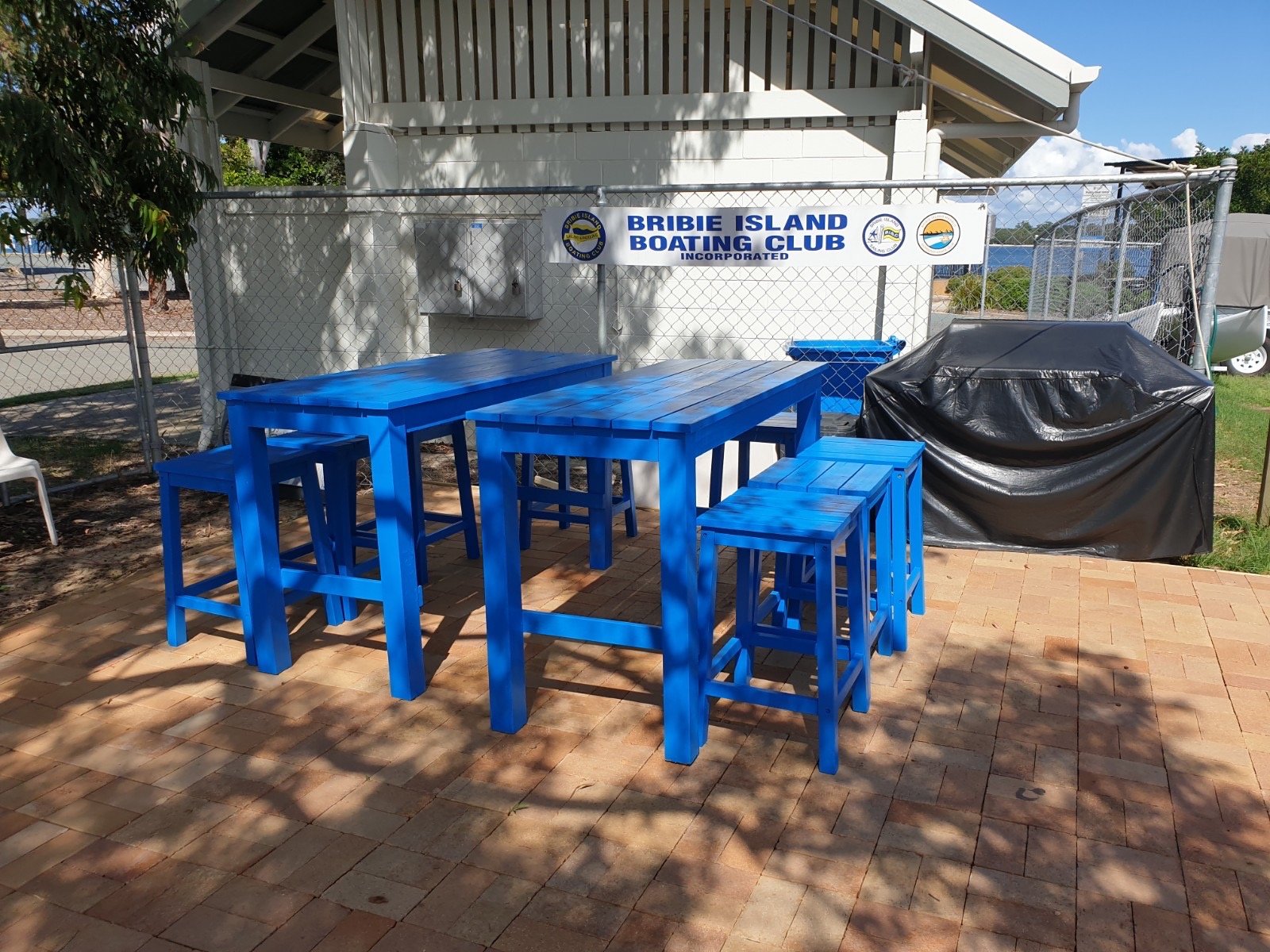 March 2020    All sailing activities suspended due to Coronavirus until further notice. 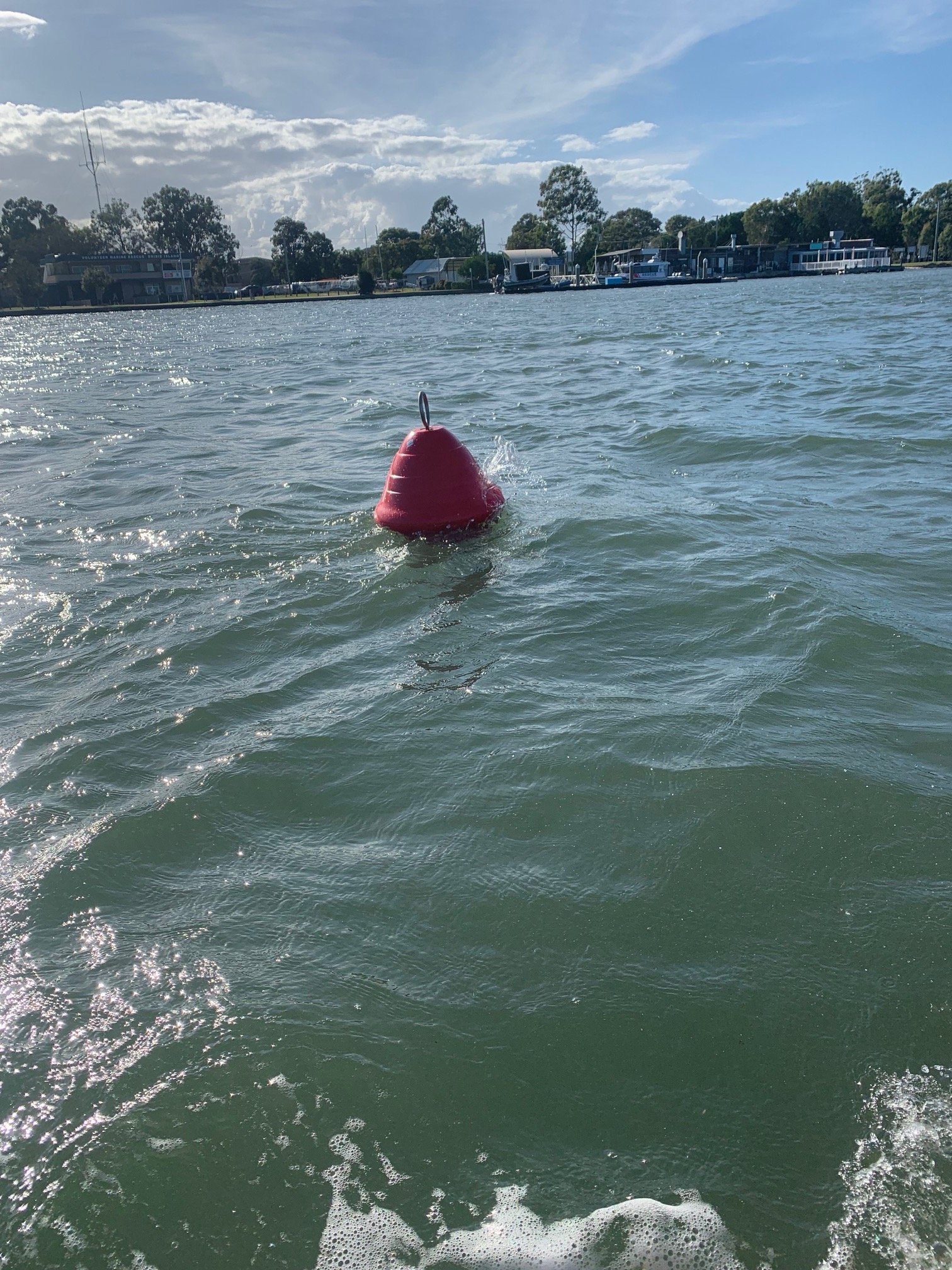 In February 2021, the club took possession of a Polycraft 4.2 boat and trailer, to be used as a support vessel, thanks to a generous grant from the Gambling Community Benefit Fund.

Also during early 2021, with the aid of a Queensland Sport and Recreation  grant, the club acquired a 6×4 marquee and a generator for use at club events.

In 2022, two second-hand Laser Pico dinghies and a trailer were purchased for use by members.

A regatta was held in July 2022 to commemorate the 20th anniversary of the founding of the club.